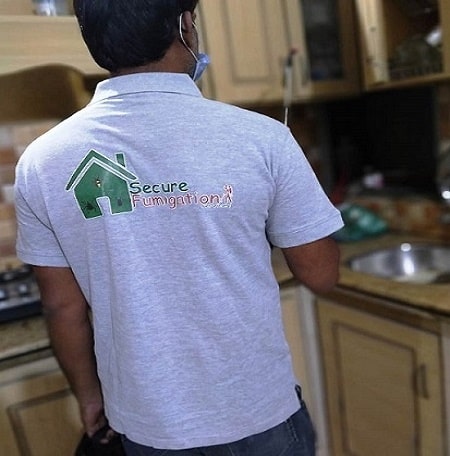 How many types of cockroaches

The German cockroach is a small species of cockroach, typically about 1.1 to 1.6 cm long. In color, it varies from tan to almost black, and it has two dark, roughly parallel, streaks on the pronotum running anteroposteriorly from behind the head to the base of the wings.

The oriental cockroach, also known as the waterbus or black beetle, is a large species of cockroach, adult males being 18–29 mm and adult females being 20–27 mm. It is dark brown or black in color and has a glossy body.

The Florida woods cockroach or palmetto bug is a large cockroach species that typically grows to a length of 30–40 mm.

The Australian cockroach is a common species of tropical cockroach, with a length of 23–35 mm. It is brown overall, with the tegmina having a conspicuous lateral pale stripe or margin, and the pronotum with a sharply contrasting pale or yellow margin.

The American cockroach is the largest species of common cockroach, and often considered a pest. In certain regions of the U.S., it is colloquially known as the waterbus, though is not a true waterbus since it is not aquatic. It is also known as the ship cockroach, kakerlac, and Bombay canary.

Cockroaches are a common pest mostly that is found in more people’s homes. We surveyed all in Karachi about cockroaches, and we found the most cockroaches Compared to houses in the flats.

And if you have Roaches in your house, you don’t know what diseases you may be suffering from, so try to keep and clean kitchen and tidy, but you cannot have a problem with these insects. If your kitchen is clean. If dirty then, in fact, you will face these bugs but one thing is clear: those in Karachi who live in a big majority population flats and are living a very happy life. But these people are more prone to pest This is because people in the flats Mixed up of draining line merge With another line If you are in your keep home clean but you can be pest issues transfer from the neighbor.

Cockroaches are among the most common pests infesting homes and apartments. They are especially troublesome where food is prepared and sanitation is lacking. Cockroaches are repulsive and embarrassing to most people simply by their presence. They may contaminate food, kitchen utensils, and other household items, and they leave an unpleasant odor.

Cockroaches are flattened, brownish, fast-running insects, with long, slender antennae. There are three life stages: egg, nymph, and adult. The female cockroach produces small, brown, bean-shaped egg cases that are deposited in out-of-the-way places. Several nymphs emerge from each egg case (up to 40 with the German cockroach, 15-20 with other varieties). The nymphs resemble adults except that they are smaller and lack wings. The nymphs gradually become larger and inhabit the same places as the adults. Cockroaches are prolific breeders. Species such as the German cockroach are capable of producing several thousand offspring in less than a year. Although good housekeeping is helpful, exterminate insecticides are usually necessary to e infestations, especially of German cockroaches, which are highly prolific. Cockroaches spend little time out in the open; places that are hard to see and reach is where they tend to be. Dark, secluded areas near food, warmth, and moisture are preferred so a bright flashlight helps when performing inspections. Emphasis should be on finding and treating preferred harborage locations, rather than randomly spraying baseboards, countertops and other exposed surfaces. If key harborage areas are missed problems are likely to continue